Click on the dots to find out amazing Chinese giant salamander facts!

Critically Endangered and is currently on the brink of extinction.
3

This species is farmed for its meat, there are more than 2 million salamanders on farms across China.
4

Lives in cool mountain streams in steep valleys with forest.
5

Part of an ancient amphibian lineage dating back 170 million years, it earns the moniker “living fossil”.
6

The primary threat is over collection for its meat.
7

The world’s largest surviving amphibian species, reaching a maximum length of 1.8 m and a weight of 50 kg.
8

It is the top endemic predator feeding on insects, frogs and fish.
9

Known locally as baby fish as it supposedly makes a sound resembling a baby’s cry.
11

The breeding season is July & August. Females can lay hundreds of eggs in underwater “dens”.
12

Eggs are guarded by the male “den masters”, he cares for the eggs until they hatch 1-2 months later.
13

The species is culturally significant; legend has it that the Yin and Yang symbol is based on a black and a white Chinese giant salamander.
14

Dragons are often associated with waterfalls in Chinese mythology, could the Chinese giant salamander be the dragon of legends? This species is eaten and its body parts have been used in traditional Chinese medicines. The species has a  high economic value, leading to unsustainable and unregulated harvesting from the wild. To meet demand from a developing domestic market, an intensive salamander farming industry has spread across much of the range of the species; this has become a key aspect of the rural economy in certain range provinces. As a result of increasing anthropogenic land-use changes, this species is also threatened by habitat destruction, fragmentation and degradation (including environmental contaminants) The range of the CGS is currently thought to be fragmented into 12 separate areas, between which natural dispersal is rendered impossible. A lack of biosecurity measures exposes farms to unnecessary disease risks. Recent catastrophic disease outbreaks on farms, apparently mainly due to ranavirus infection, may have led to deleterious consequences for wild CGS. Infectious diseases can transmit to wild-caught animals restocked by farms, and pathogens can possibly spread from farmed to wild salamanders (and other amphibians) in natural habitats via untreated farm effluent. Government-endorsed conservation initiatives to release farmed CGS of unknown origin into the wild to boost wild population numbers, may also threaten wild CGS with disease. Released animals are not screened for disease or for their genetic provenance, therefore genetic “pollution” of wild populations can result. The internal CGS trade amongst farms across large parts of China, including across the watersheds, also drive these disease and genetic threats to wild CGS.

Goal of the programme

The goal of this Conservation Programme is to build the evidence-base and capacity to underpin, promote and conduct a strategic conservation plan for the Chinese giant salamander (CGS) within its native range in China.

In 2012, the Zoological Society of London (ZSL) initiated a three-year Darwin-funded project to conserve the Critically Endangered Chinese giant salamander (Andrias davidianus, CGS). Our overall goal was to build long-term research and conservation capacity within China and to stop this species from going extinct in the wild. This project  this project lead to a greater scientific understanding of the species and threats posed to it. We also developed networks that strengthen the conservation framework for the CGS. We are currently analysing the genetic and pathogen samples collected during the three-year Darwin funded phase of the project, and  we plan to hold a multi-stakeholder conservation planning workshop once the current analyses are completed.  In addition, we are developing novel survey methods learning from our experiences so far and hope to continue field surveys in 2018. 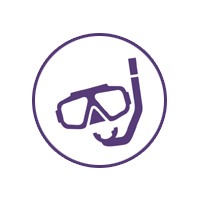 In situ conservation and monitoring:

Historic monitoring protocols for wild CGS populations were inadequate, hindering effective conservation management. We have developed standardised protocols and built  research capacity in China. We have been able to  to conduct CGS surveys on the wild populations and identifying the current distribution of this species. This information will enable the important parts of this species’ range to be mapped, which is critical to the development of future in situ conservation strategies and the design of Protected Areas. Ranavirus outbreaks among CGS farms have caused mass mortalities of captive CGS. This heightens the demand for harvesting wild individuals to replace depleted farm stock. Pathogens are also likely to spread to any surviving wild populations in the proximity of infected farms through untreated waste water. Therefore, understanding how to mitigate disease in the farming industry and the threats this poses to wild CGS will improve the health and productivity of farms, as well as reducing disease threats to wild salamanders. Within this project, we are forming close ties with the farming industry, aiming to mitigate the impact of disease within farms and prevent its spread to wild populations. Farms are screened for the presence of diseases, and the disease status of wild CGS is determined through the analysis of clinical samples and from post-mortem tissue samples. 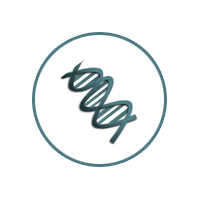 Understanding the range-wide population genetics and phylogeography of the CGS is crucial to safeguard maximum genetic diversity of this species, particularly when the remaining wild populations are small and isolated. Unfortunately, CGS reintroduction programmes currently taking place are neither genetically managed nor monitored, and could be damaging the genetic population structure of the wild salamanders. To enable the success of future conservation breeding and re-introduction programmes, genetic studies are required. We are using mitochondrial DNA sequences and nuclear markers (microsatellites) to investigate the population genetics of CGS. The results of this work and the protocols developed will enable the future genetic screening and more-integrated and effective management of both wild and captive CGS in China and, importantly, will improve the design and impact of future conservation programmes. We are conducting two CEPA (Communication, Education and Public Awareness-raising) campaigns, one each in Guizhou and Shaanxi provinces, to build strong networks for the in situ conservation of the CGS and freshwater ecosystems. Training is being conducted towards 1) local people who are at the heart of this project to promote the sustainable and appropriate CGS management strategies, 2) governmental departments to develop conservation capacity and policy, 3) the public to raise the conservation profile of the CGS and 4) researchers and conservationists who will be able to offer cascade training and to build research capacity in China.

At least half of all amphibian species are declining, and the Global Amphibian Assessment carried out by the IUCN classified 42% of all amphibians as threatened with extinction – the highest proportion of any vertebrate class. This global extinction crisis is unprecedented, and there has never been a greater necessity to engage in actions that seek to conserve amphibians in the wild.

Emerging infectious diseases that impact amphibians are rapidly spreading through wild populations globally, causing both declines and extinctions. Amphibian chytridiomycosis, caused by the fungus Batrachochytrium dendrobatidis , is thought to have caused the decline of over 200 species globally, in addition to several possible extinctions, and viral infections caused by ranaviruses have been found to negatively impact amphibian populations throughout the world and have been associated with population declines and mass mortality events.

There has never been a more urgent time to engage in projects that seek to conserve the world’s amazing amphibians and their highly important freshwater habitats. The world would be a very different place without amphibians – they enrich our lives and environments, and we depend on them much more than we know. Having survived through the ages, many amphibians now face a highly uncertain future as human challenges engulf them overnight leaving them with no time to adapt. Amphibians hold crucial clues to the survival of our own species and it is through a deeper understanding of them and their current predicament that we may find ways of creating a sustainable future for us all. Amphibians are symbols of the sustainable future we must put into effect to ensure the Earth we have inherited from them is one that we can someday share for mutual benefit 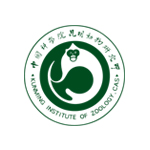 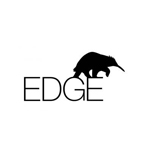 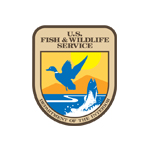 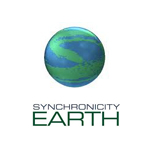 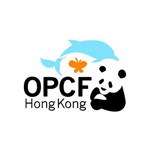 This sites uses cookies to monitor site usage. Find out about these cookies and how to remove and block them.Ok, I got it!Learn more